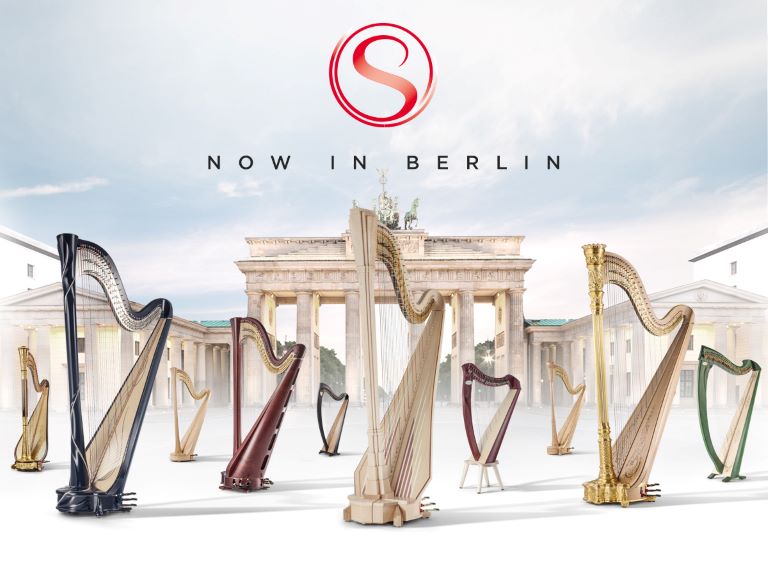 In a beautiful historic building, the new showroom has an area of 108 m² and separate rooms for lever and pedal harps. Soon a workshop for service work will be set up.  Salvi Music Berlin will carry Salvi and Lyon & Healy harps as well as music and accessories.  “The opening of Salvi Music Berlin will allow us to better serve harpists in eastern Germany and northeastern Europe in general,” says Antoni Gralak, managing director. The shop is just steps away from baroque Charlottenburg Palace, appropriately named after a queen known for supporting the arts. For more information visit their website. 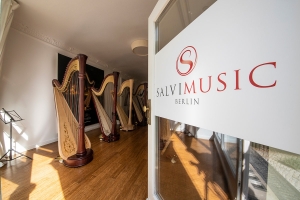 To celebrate the opening, on September 20, Salvi Music Berlin presented a concert by Alisa Sadikova that both engaged the audience and embodied the beauty and sonority of the harp. 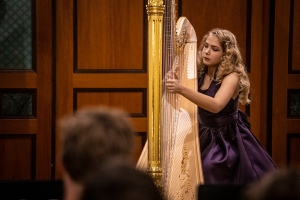