The homage to Victor Salvi in the world of the harp

The “Victor Salvi Signature” represents the point of union between technological advances and the talents of skilled artisans. The result is a true work of art able to enchant with a unique sound, the richness of the design and the fineness of gold: bunches of grapes and delicate leaves.

The body has a wood veneer made of the precious and rare Ziricote, an essence coming from Central America. The result is a sound that is projected with force outwards, without losing anything that special warmth and depth that have always been assets of Salvi Harps.

“Victor Salvi Signature” is a masterpiece, a breathtaking instrument, but it is also the “signature” of Victor Salvi, the legacy that the master leaves the world of the harp. 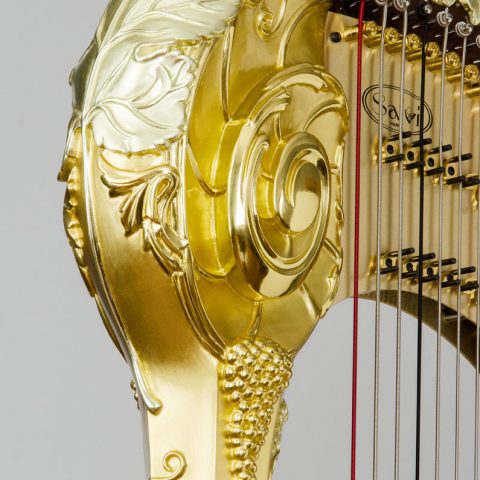 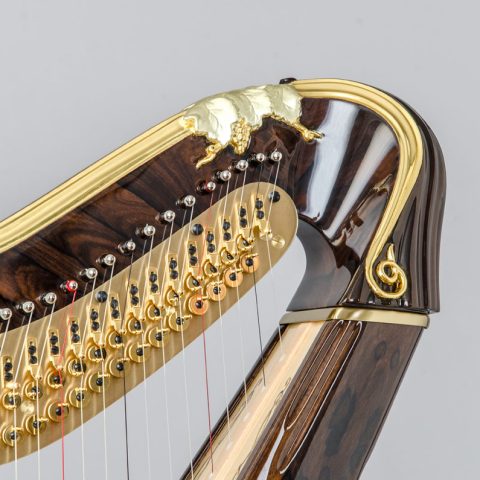 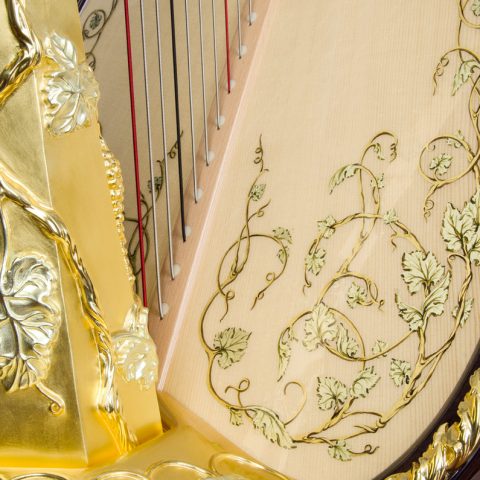 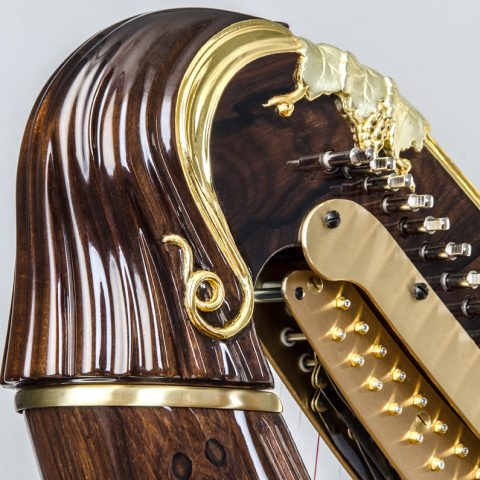