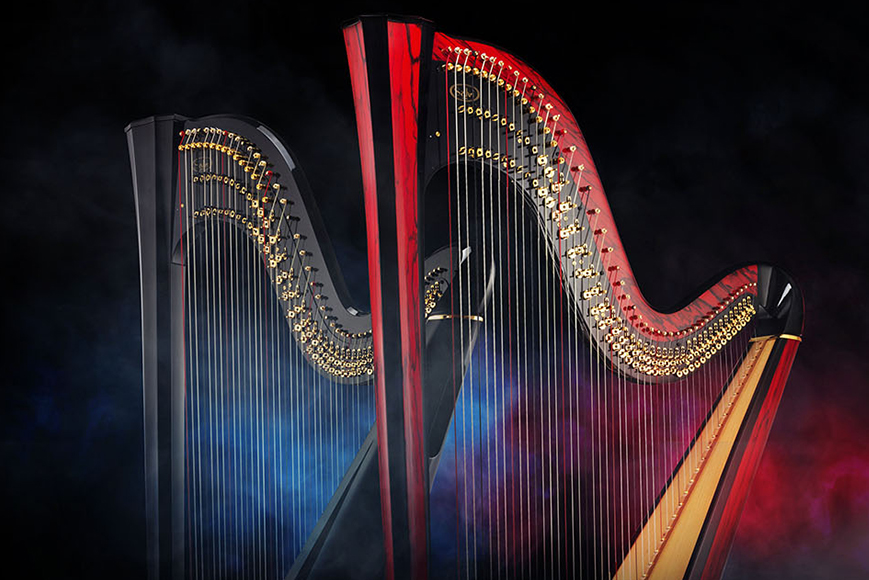 The Future of Electroacoustic Harp.

An electroacoustic instrument amplifies its acoustic source by converting its mechanical vibrations to electrical signals. This happens in two ways in the new Salvi Electra: through the individual string pickups and a 48th pickup for the soundboard itself.

The electronics of the Electra then takes care of mixing the strings for a faithful listening experience across all the harp’s range.  The natural, clean sound from each string is transmitted from one output from the harp through the Electra’s interface, which may be sent to a mixer, to a sound engineer or simply to a personal amplifier.

The soundboard pickup captures the vibration of the soundboard as a whole and further detects any other sound on the harp’s body, intensifying any percussive techniques used for effect.  Its mark on the outside defines its position on the inside. The closer the mark is hit or struck, the output will be the loudest, becoming softer from farther away.

With options such as mono or stereo output, a narrow or wide stereo, and how the audience hears the harp – a sort of “glissando” from left to right (treble to bass) or an “S” curve in which the base, middle and treble are inverted alternatively in the stereo image.  Further the Electra can separate the individual string outputs into four distinct areas (bass, middle, treble, soundboard) that can be manipulated as one wishes.  The freedom to experiment and create a personal sound is boundless.

The Electra comes in standard, premium and custom versions.

Watch this video of the legendary Park Stickney introducing the Salvi Electra. 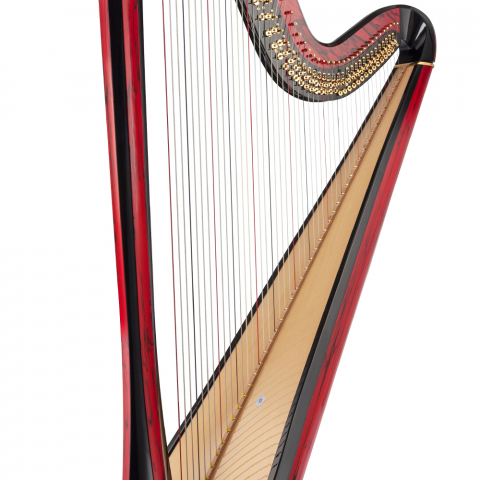 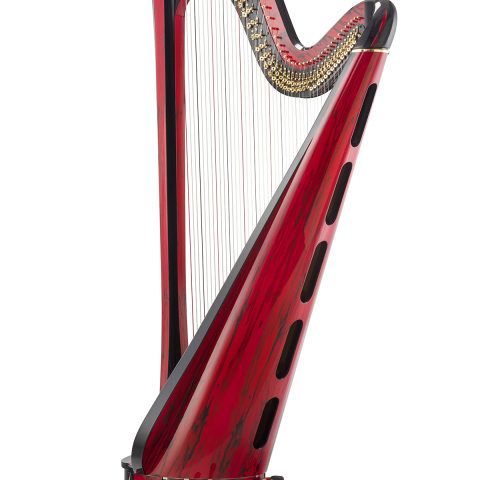 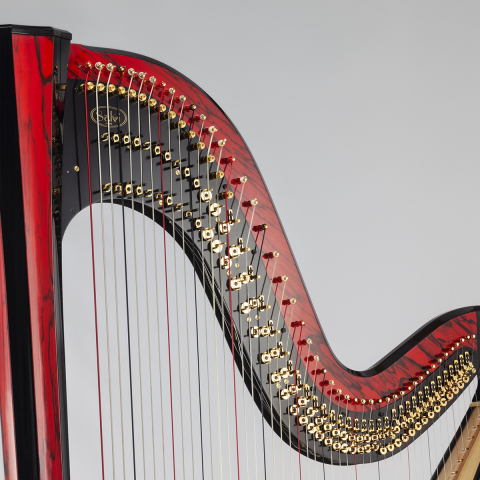 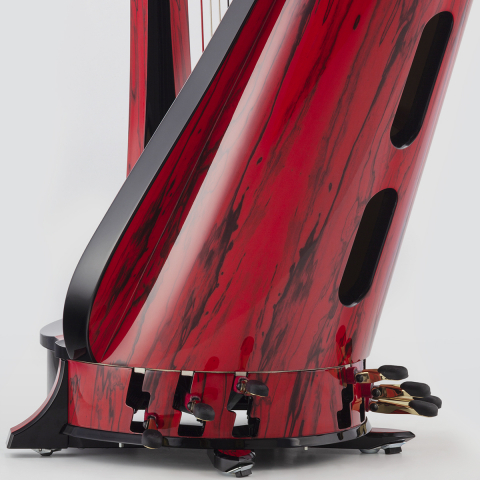 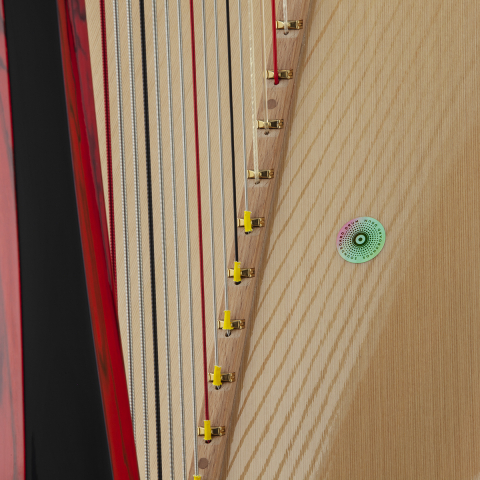 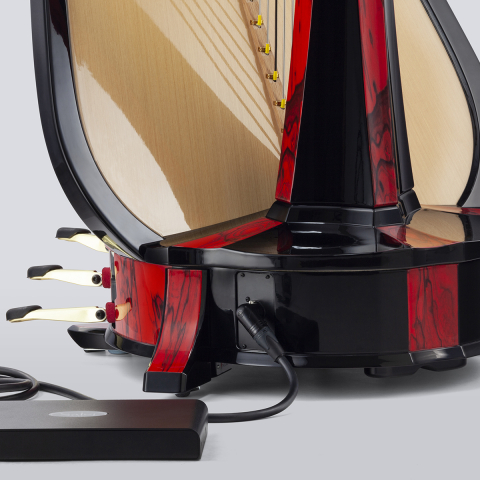 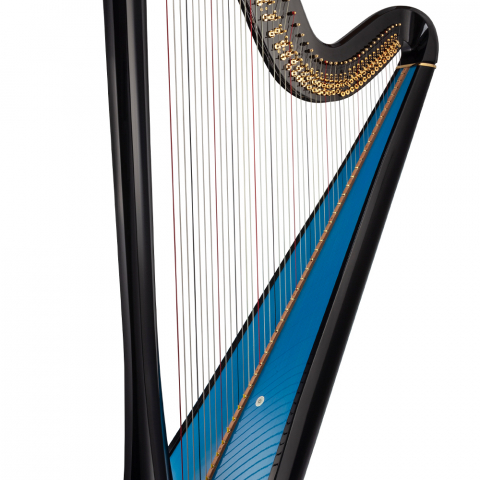 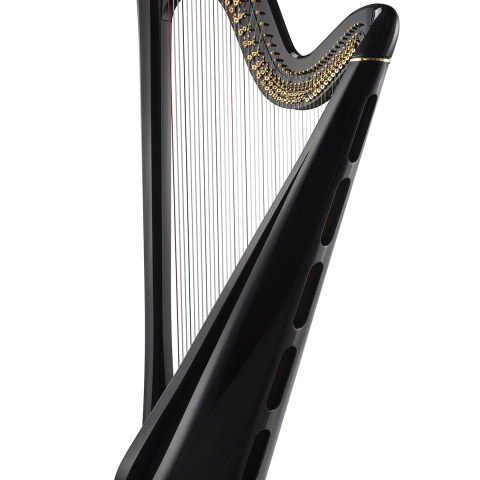 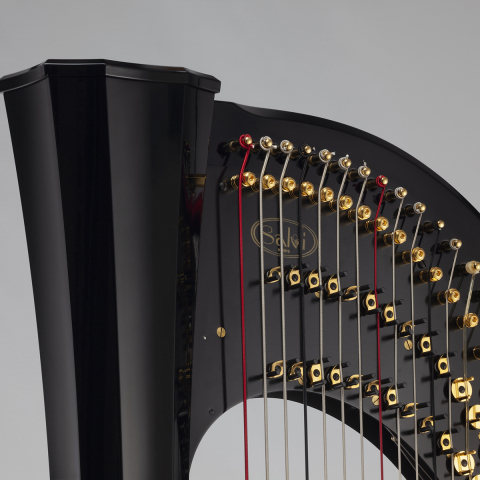 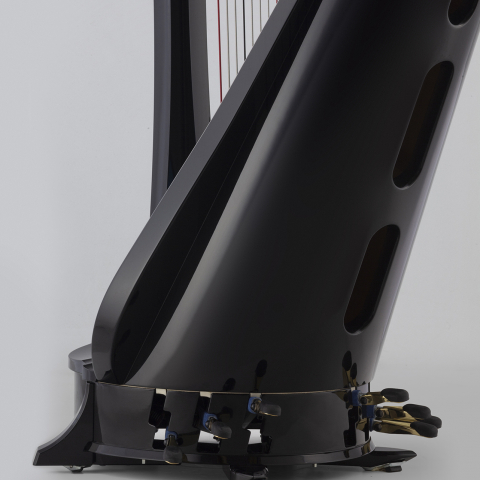 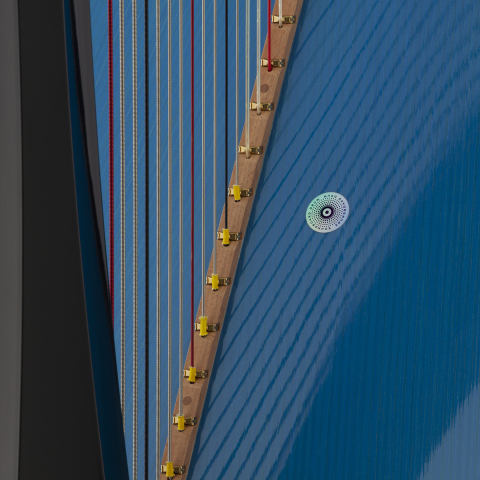 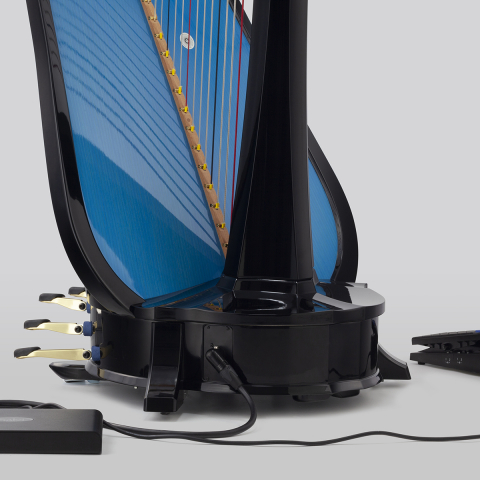