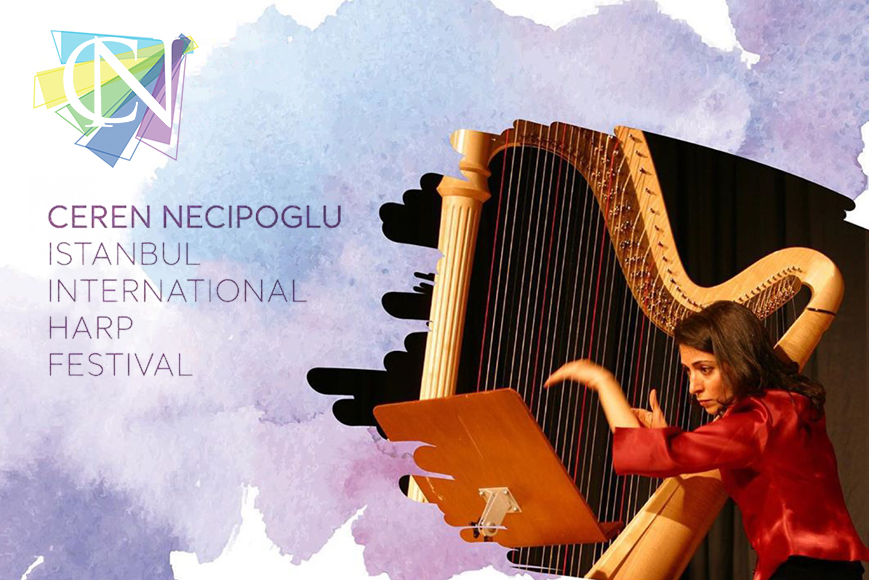 In Istanbul the International Harp Festival dedicated to Ceren Necipoglu

The city of Istanbul will host the first edition of the “Ceren Necipoglu Istanbul International Harp Festival” from 15 to 19 January 2020 at the Pera Museum and the Deutsche Schule, in the historic district of Beyoğlu. The event, of which Salvi Harps is pleased to be an official sponsor, was born in memory of Fatma Ceren Necipoglu, who died in a plane crash on June 1, 2009 on her return from a concert in Rio De Janeiro.

A teacher of piano and harp at the Anadolu University State Univerisity, the Turkish harpist had also appeared as a soloist with the Bursa Regional State Symphony Orchestra before she passed away.  She was appreciated for her participation in numerous recitals and concerts in Turkey and abroad, as well as having achieved numerous international awards.

To remember her great love for music and for her teaching, the organizers have set up a contest for solo harp and chamber music, open to musicians of all nationalities and accompanied by a rich program with master classes held by Marielle Nordman and Eleanor Turner in addition to the concerts led by A. Imre Tuylu, sister of Necipoglu.  Florence Sitruk, who teaches at the of Indiana University in the United States, is the artistic director of the festival.

This site or third-party tools used by the site, make use of cookies that are necessary for its functionality and useful for the purposes outlined in the cookie policy. By clicking on "Accept" you are agree to the use of cookies.AcceptSee our Cookie Policy